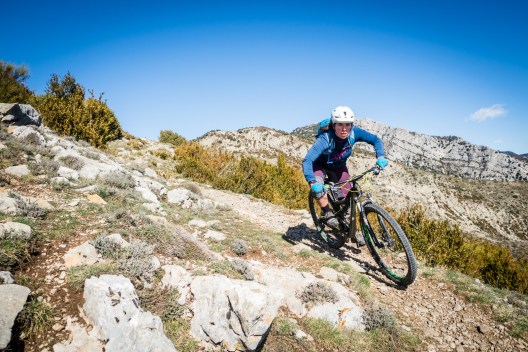 The Legend goes that in the 14th century, Queen Jeanne the 1st of Naples who was on the run with her children after being accused of poisoning her first husband, Andre of Hungary, found a hiding place in  her Castle in Rocca Sparviera. Nestled on the top of a 1100m mountain, with a impregnable view on the surrounding valleys.

Local villagers holding some sort of grudge against the Queen and her entourage, as they already had a hard time feeding themselves, helped out the Hungarish spies who showed up in pursuit of Queen Jeanne and brought subsistence.

On Christmas eve, Queen Jeanne went to mass in the neighbouring village of Coarraze. When she got back home, she found her children served on platters on the table.

Heartbroken, she fled the village the next day and curse the village and its inhabitants: “Un jou vendra que aqui non cantéra plus ni gal ni galina”, which could translate to “A day will come when rosters and hen will stop singing here”.

Either a damnation or a coincidence, the village got fully abandoned by the 16th century after a series of earthquakes shook the village and the spring ran dry.

Since then Sparrowhawk’s Rock (literal translation of Rocca Sparviera) has been nicknamed the Village of the Damned.

With this story in mind, we planned a 30km adventure that would take us from the medieval village of Luceram to the village of the damned and loop back. The ride can be started from different point and you can make it as long or as short as you want. We made it a mini-adventure to fit in half day as it was on trails we had never been before and if we were to get a bit lost it would not be too bad.

Here is our route.

It was indeed a pretty gentle ride at first climbing wise, the descent got a bit technical as we approached the village. We actually did spend an hour exploring the ruins and enjoying the view before heading back. You can definitely imagine how arid it could have been on the top of that crest with no spring water.

This site uses Akismet to reduce spam. Learn how your comment data is processed.